10 warning signs of mycotoxins in your dairy herd

Click below to listen to the Mycotoxin Matters podcast episode with Dr. Luke Miller hosted by Nick Adams. You can also hear the full audio or listen to the episode on Apple Podcasts or Spotify. You can find an edited transcript at the bottom of the page.

What are the impacts of mycotoxins on your dairy herd?

Mycotoxins are secondary metabolites of the filamentous fungi (moulds) that are ever-present in nature and, under the right conditions, have the potential to contaminate almost all feedstuffs used in dairy production. It is extremely difficult to identify when mycotoxins are causing poor health and performance. Some mycotoxins, such as zearalenone, which predominantly affects reproduction, and other types that cause acute intoxication and dramatic changes in milk production and animal health status at high levels can often be readily identified. Unfortunately, the most common toxins — and the most difficult to identify — occur when rations contain low levels of mycotoxins and the health effects are subclinical. The presence of mycotoxins in feed is often connected with an increase in the incidence of metabolic disorders such as ketosis, retained placentas, displaced abomasums, mastitis, metritis, lameness, elevated somatic cell counts (SCC) and, consequently, slightly decreased milk production. Subclinical mycotoxicosis reduces profitability by lowering milk production and increasing expenses from necessary veterinary therapies.

Recognition of the impact that mycotoxins have on animal production has been limited by the difficulty of diagnosis. Symptoms are often nonspecific and can be the result of a progression of effects, making a diagnosis difficult or impossible because of the complex clinical results with a wide range of symptoms.

When are mycotoxins a problem for dairy cows?

Ever-present in the farm environment, mycotoxins are a potential threat to even the best-run dairy operations.

Exposure to mycotoxins can occur in either a large single dose or as a lesser quantity consumed over time. To make matters even more complicated, the cumulative presence of multiple mycotoxins at low concentrations can be just as impactful as one highly concentrated mycotoxin. They enter cows through contaminated feed and are often not detected until after they begin to affect the animal, meaning that all producers should be on the lookout for indicators of mycotoxin threats.

How to manage mycotoxins in your dairy herd

Produced by moulds and fungi, eliminating poor-quality ingredients can help control mycotoxins in dairy cow feed intake. However, due to the invisible nature of these toxic compounds, even without signs of mould, there can still be a threat of contamination, making mycotoxin detection more complex.

By spotting issues early, you can take steps to mitigate the impact of mycotoxins on your herd’s natural immunity and, subsequently, your production’s profitability.

Here are ten warning signs that all farm operators are encouraged to keep an eye out for:

Moulds like Penicillium, Aspergillus and Fusarium are often found in grass and maize silage and are common mycotoxin producers. Colourations can help you identify these moulds, but all moulds start white and only develop colour as they become older; therefore any mould should be regarded as suspect.

To help you identify different mould types, Alltech has prepared a quick guide which you can download here.

Heating is a natural result of the fermentation process that occurs during ensiling. Sometimes, however, this process can become unstable, with significant heating. When this occurs, valuable dry matter (DM) can be lost. At harvest, oxygen and microorganisms are trapped within the forage. These two factors cause exothermic fermentations, producing heat, and only stopping when the oxygen is consumed or the microorganisms are killed or dormant. During this period, temperatures can rise to 50 to 60° C. To avoid this issue, make sure to follow all available guidelines for ensiling — most importantly, ensuring that the silage is adequately compacted and covered. This heating phase is unavoidable and is indispensable to the ensiling process. However, forages that are correctly harvested and ensiled are less affected. If heating lasts too long, it can have a negative impact on the forage’s protein quality and reduce the available DM. Good silage management is critical to ensuring that valuable DM and forage nutrients aren’t lost to heating events. Heating behind the clamp face is related to poor clamp management, which results in air being sucked into the silage directly behind the face. This allows dormant yeast, mould and bacteria to flourish, and one of the associated risks of this is mycotoxin production.

To help prevent forages from heating:

A significant tell-tale sign of poor gut health is loose and/or inconsistent dung (e.g., intermittent diarrhoea, sometimes with bloody or dark manure). When the digestive system is not working optimally due to a mycotoxin challenge, this often manifests in the consistency of the cow’s manure.

The consumption of mycotoxins, at both low and high concentrations, can significantly impact rumen health. These gastrointestinal issues can lead to reduced feed intake and even feed refusal, thereby affecting yields and body condition scores. Deoxynivalenol (DON) is the proper name for the most-often-detected Fusarium mycotoxin, commonly referred to as vomitoxin. In cattle, DON is typically associated with reduced feed intake and lower milk production.

As well as affecting cows internally, there are also some external indicators of potential issues with mycotoxin contamination. Be on the lookout for swollen hind legs, arched backs and even cracks showing separation of the hooves from the feet. In western Canada, there have been sporadic outbreaks of calves born with hind-end weakness and shortening of the legs. Post-mortem examinations have shown that these calves have narrowed spinal canals and abnormal growth plates in their bones. Although the cause has not been definitively determined, these symptoms have been reproduced by feeding mouldy barley straw and are believed to be the result of a mycotoxin.

Studies have shown that an intake of fumonisins can cause cows to become fatigued. You will notice longer-than-normal laying times, resistance to standing, listlessness and a dull appearance.

One of the most critical impacts that mycotoxin contamination can have on your farm is suboptimal milk production. If you see a sudden or temporary milk loss in your herd, it could ultimately be the result of problems with contaminated feed.

The somatic cell count (SCC) results from the bulk milk tank are a good indicator of the general state of the udder health of the dairy herd. Somatic cells in milk consist mainly of white blood cells produced by the cow to destroy the bacteria that cause mastitis and enter the udder and to repair damaged udder tissue. These cells are always present in milk, but when an infectious agent enters the udder or the udder is damaged, the number of somatic cells shed by the individual cow increases. Mycotoxins are a significant threat to the cow’s natural immunity, with the ability to cause both immune stimulation and suppression, depending on the mycotoxin type and concentration. This can result in cows being more susceptible to disease, leaving them unable to tackle the bacterial challenges that lead to a high somatic cell count.

Mycotoxins can also impact breeding performance. In some cases, these effects on reproductive performance may be directly linked to a specific mycotoxin, as is the case with zearalenone. A wide variety of clinical effects attributed to zearalenone have been described in the literature. Decreased fertility, abnormal oestrus cycles, swollen vulvas, vaginitis, reduced milk production and mammary gland enlargement are the most common symptoms reported in cattle. From the aforementioned changes, single or multiple effects have been observed. A change in the oestrus cycle can manifest itself in various forms. Prolonged, skipped or irregular heats are commonly associated with zearalenone. While these abnormal oestrus changes are not exclusively specific to zearalenone toxicity, one should investigate feed-related causes when increases in abnormal oestrus cycles are observed on-farm. However, reproductive changes may also be due to the indirect effects of other mycotoxins on animal health. For instance, trichothecene mycotoxins, such as deoxynivalenol and T-2/HT-2 toxins, have been associated with lower pregnancy rates in dairy cows.

Mastitis is defined as an inflammation of the mammary gland. Mastitis usually occurs primarily in response to an intramammary bacterial infection but can also be the result of intramammary mycoplasmal or fungal infections. Tissue damage and the increased somatic cell counts that are caused by mastitis infection can block the tiny milk ducts in the udder, resulting in lower production when the milk-secreting cells above the blockage are dried off. Another aspect that should be taken into account is the higher incidence of lameness on dairy farms feeding rations contaminated with mycotoxins. Lameness alone already causes large financial losses for dairy farms due to decreased milk production, impaired reproductive performance and higher culling and veterinary costs. Although there are a number of potential causes of laminitis and lameness in dairy cattle, including unsuitable housing surfaces or poor nutrition, it is noted that aflatoxin has been found to have negative effects on the sensitive hoof lamina, leading to costly foot issues.

Mycotoxins are an unavoidable problem in dairy production; there is no effective way to entirely eliminate their presence. However, that does not mean that there is nothing that you can do to help mitigate their adverse effects.

Alltech provides a suite of modern detection services that will help you uncover the hidden threat in your feed.

Seeking a quick and accurate test for mycotoxins?

Looking for a broad-spectrum view of mycotoxin risk?

For producers looking for an overarching image of on-farm feed contaminants, the Alltech 37+® mycotoxin analysis can bring a comprehensive array of hidden challenges to light. The cornerstone of the Alltech mycotoxin management programme, this laboratory-based testing service investigates samples of your feed, searching for and identifying up to 54 individual mycotoxins.#]

Want to reduce mycotoxin adsorption in your animals?

After identifying the mycotoxins contaminating your raw materials and your herd’s feed, the next step is mitigation by using a mycotoxin binder, such as Mycosorb A+® from Alltech, in the animal’s diet. Mycosorb A+® reduces mycotoxin absorption within the animal, offsetting the risks to health and productivity that are associated with mycotoxin-induced damage.

Mycotoxin related issues are not always easy to identify in animals, however there are some key signs to watch out for. Sign up to download the protocol poster that our mycotoxin experts  developed to guide you through the daily checks for potential signs of mycotoxin problems in your dairy herd. 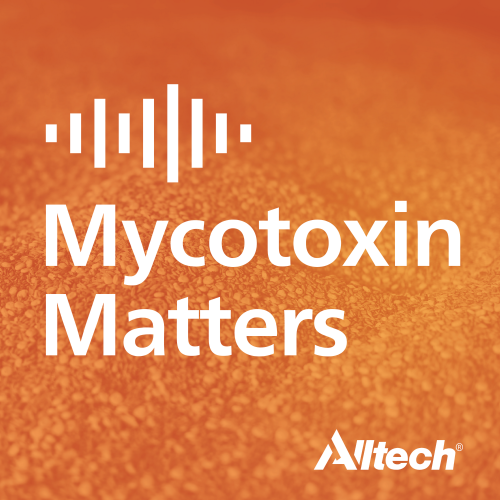