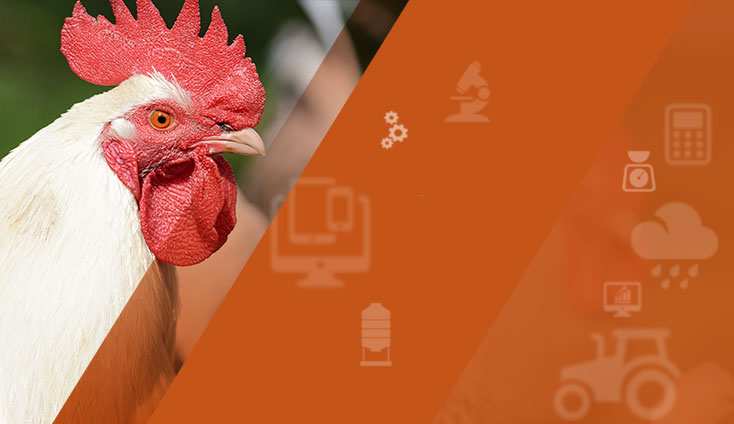 Mycotoxins and animal immunity: What do we know?

Click below to listen to the Mycotoxin Matters podcast episode with Dr. Dulmelis Sandu hosted by Nick Adams. You can also hear the full audio or listen to the episode on Apple Podcasts or Spotify. You can find an edited transcript at the bottom of the page.

Mycotoxins are secondary toxic metabolites produced by fungi found in crops and feedstuffs that negatively affect people and livestock. Birds, particularly poultry, can be susceptible to a wide array of mycotoxins, in addition to the typical stressors associated with intensive rearing practices. Poultry are exposed to a variety of mycotoxins via feedstuffs and bedding materials. These may not be routinely tested for mycotoxins, or testing may be limited to a few of the most common mycotoxin types.

Although mycotoxins are toxic metabolites, some are useful in reducing or eliminating the growth of other microorganisms. Because of this, they are extensively used in the production of pharmaceuticals, such as antibiotics and immunosuppressive agents. However, this property adversely affects poultry production systems, where immune function plays an essential role in maintaining overall health and welfare while improving performance and preserving profitability.

The immune system is especially affected by mycotoxin exposure. The immunosuppressive activity of mycotoxins is related to causing cellular toxicity, targeting rapidly dividing cells and interfering with cellular and humoral components carrying out immune-mediated activities. This is mainly achieved by altering protein synthesis and hindering communication, signaling and regulatory pathways. Therefore, we commonly see an altered immune function in areas with high protein synthesis concentration and rapidly dividing cells, such as the gastrointestinal tract and immune system. Common mycotoxin contaminants in poultry feeds, such as aflatoxins, zearalenone, ochratoxin A, fumonisins and trichothecenes (deoxynivalenol, T-2 toxins), have been linked to:

Therefore, in addition to environmental or disease stressors, mycotoxin stress also plays a role in the overall well-being and immune health of poultry flocks.

While the role of mycotoxins in the disruption of the immune system is a prevalent research topic, it may be underdiagnosed in typical poultry production systems due to diagnostic limitations or lack of timely testing. Mycotoxins tend to be suspected in poultry production when birds exhibit feed refusal after a feed change. This may or may not be combined with marked clinical signs, like high morbidity, mortality and performance losses such as stunted growth, decreased feed conversion and noticeable decreases in egg production. Typically, these tend to resolve shortly after a change in the suspected affected feed and/or if further testing, such as a mycotoxin feed screening, is performed, or pathological changes are observed in the birds. However, a more common occurrence is the presence of low levels of mycotoxins, whether sporadic or persistent. This type of exposure presents itself in poultry flocks in more subtle forms, such as:

Many factors can affect the immune system of birds in poultry production systems. Mycotoxin exposure should be considered as one of the potential causes in cases of suspected immunosuppression due to the continued presence of these metabolites, even at low levels in feedstuffs and bedding materials. The Alltech Mycotoxin Management Program offers a range of solutions that can help you identify these threats and manage their effects. From modern testing technologies, like Alltech® RAPIREAD™ and Alltech 37+® mycotoxin analysis, to adsorption products that effectively mitigate the issues, the resources to help you produce healthy animals and profits are at your disposal.