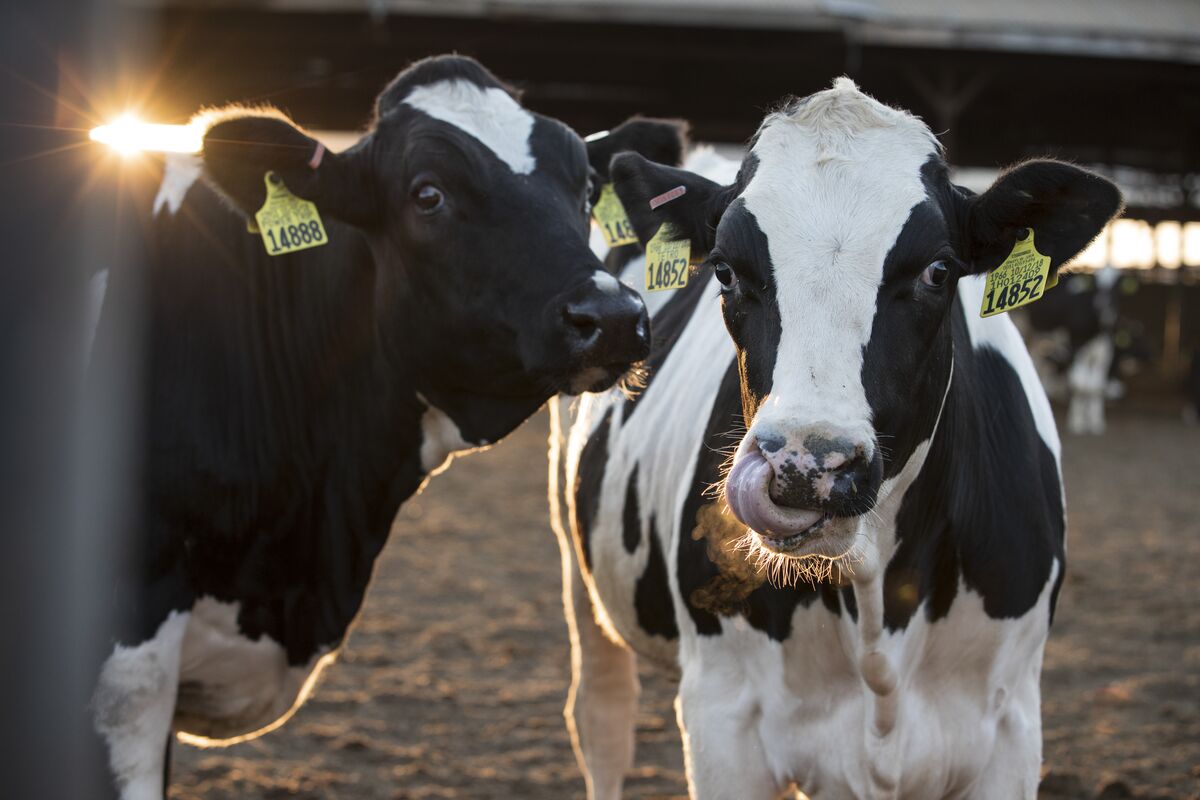 One of the most significant challenges thrown up for dairy and beef farmers over recent months has been a direct consequence of the extremely high mycotoxin levels found in their silages.

While 2021 was an excellent grass growing year, in broad terms, the fact that mycotoxin contamination of grass and silages has created so many problems on so many farms is already the focus of extensive research work.

But, whether or not last year was a one-off or a harbinger of things to come, where mycotoxin contamination is concerned, the problems that arose on individual farms had a monumental impact on animal performance.

A case in point is Mark Lewis, who milks 135 pedigree Holstein cows near Tandragee, Co. Armagh. His Rosevale Farm herd is currently averaging 12,000 litres at 4.15% butterfat and 3.25% protein. The cows are calving year-round and are milked courtesy of two robots installed in August 2020.

Mark is a recent convert to milk. The family had previously been in beef production, with a herd of suckler cows being the main driver of the business.

“When my father and uncle retired, the decision was taken to switch to dairy,” Mark explained. “An investment in new housing facilities and two robots was at the heart of the transition into milk. I was also keen to get into pedigree breeding from the get-go.

“Up to now, the investment is delivering for the business. The cows took to the robots very well. This frees me up to concentrate on the day-to-day management of the stock in a more precise manner.

“Breeding the right type of the cow for the production system on the farm is important. I am looking to breed cows with good udder placement and the ability to produce large volumes of high-quality milk. Type is also important.”

“Three are destined for the silo; the fourth crop is baled,” he confirmed. “This year, we hope to grow a crop of maize on the farm. Up to this point, we thought maize was too expensive to grow. But given current circumstances in world feed and fertiliser markets, it may well turn out to be a cheap enough crop to grow in 2022.

“But all of this is dependent on the crop growing well enough.”

Mark has always been strongly committed to the production of exemplary quality silage. And this investment would normally be reflected in the performance achieved by the cows. However, that all changed at the beginning of last August.

“We had just changed from the inclusion of third cut back to first cut silage in the TMR fed to a batch of freshly calved cows,” Mark explained. “Our anticipation had been that milk output would rise accordingly. But instead, the polar opposite happened.

“Milk volumes floored, and it became very obvious, very quickly, that the cows were not well at all. Fertility levels dropped, the cows looked very twitchy and started losing condition.”

On the back of all this taking place, Mark sought veterinary advice and also called in the team at KEENAN to analyse the TMRs being offered to the cows. It soon became obvious that mycotoxins in the grass silage were at the heart of the problem.

“Analysis of the silage confirmed that the forage contained five times the level of Penicillium mycotoxins that would normally be found in grass silage,” Mark confirmed. “I had previously specified the inclusion of a mycotoxin binder at a preventative level. But obviously, this would not be sufficient to deal with the scope of the contamination present in last year’s first cut forage.

“The decision to include the binder Mycosorb A+® at an enhanced rate was then taken. This has remedied the problem. But it is only now that the cows are back into some sort of shape.

“The losses incurred within the businesses over the past eight months have been more than significant. The drop in milk output is one thing. But the impact on fertility will take years to recover from.

“I consistently use sexed semen on the cows and heifers. Last autumn, I was getting around two confirmed pregnancies from every 20 straws of semen used. Normally, the conception rate to a sexed would be around 60% and possibly, higher than this.

“The most alarming aspect of all of this is that I genuinely make an effort to make very high-quality silage. A top-class inoculant is consistently used on the grass, and every effort is made to implement the highest possible silage-making practices. Finding out that I had a very significant mycotoxins problem was a total shock to my system.”

Mycotoxins can affect any animal at any stage of production. Problems can be ongoing or flare up suddenly, even on the same silage pit. This may be due to hitting pockets of mycotoxins in the clamp. Animals may exhibit one symptom or several.

They suppress the immune system, which can manifest itself in multiple ways, including cell count problems, from raised SCC to increased cases of mastitis or E. coli, swollen hocks, lameness and rough coats. Fertility problems can range from irregular heats, cysts, lower conception rates and abortions. Some can even cause liver damage, kidney damage, internal haemorrhaging and muscle tremors.

Mycotoxins are natural substances produced by moulds and fungi. They are invisible, tasteless and toxic. More than 500 different mycotoxins have been identified to date, and most animal feedstuffs are likely to be contaminated to some degree. These include grazed grass, conserved forages (silage, wholecrop, maize, straw), homegrown and bought-in feed.

The silages submitted by Mark Lewis were analysed at the Alltech 37+® mycotoxin analysis laboratory in Dunboyne, Co. Meath.

“Mycotoxin contamination has been found in large numbers of silage crops made right across Northern Ireland last year,” Aislinn commented. “And it seems to be a problem that is growing at an exponential rate.”

“Alltech’s Mycosorb A+® is an effective binder of mycotoxins, derived from a specific yeast species. It has a broad-spectrum binding action that can help tackle the overall mycotoxin issue rather than targeting individual mycotoxins. As it is a yeast-based binder, it will bind efficiently to a range of mycotoxins, reducing mycotoxin absorption without affecting vitamins and minerals.

“Given the scale of the mycotoxin challenge now unfolding in Northern Ireland, I would strongly advise all dairy farmers to include a proven binder at a preventative rate in all diets. If this approach is not taken and a mycotoxin problem does exist, the scale of the ensuing animal health problems may well be significant. What’s more, it will take a considerable period of time for affected animals to get back on their feet.”